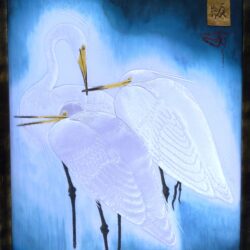 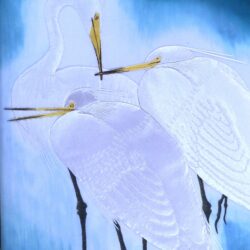 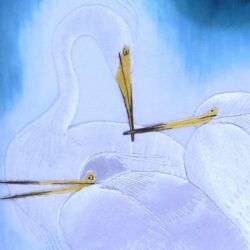 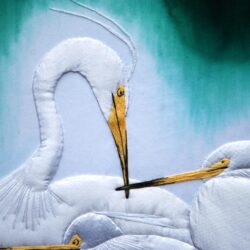 The egret has been an inseparable attribute of the Japanese culture since the ancient times. Like the crane, it is considered to be a sacred bird symbolizing vigilance, luck, abundance and fertility. The images of these  majestic birds were often used as decoration on household items, arms and coats of arms. For example, in medieval Japan, the images of egrets often appeared on the guards of samurai swords to show courage and implacability towards the enemies. The beauty and gracefulness of the birds were praised in songs and poems as well as embodied in dances – there is a ritual dance in Japan called “The egret dance “. One of the most beautiful castles in Japan is named as “The White Egret Castle”.