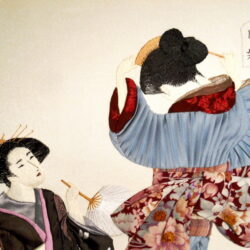 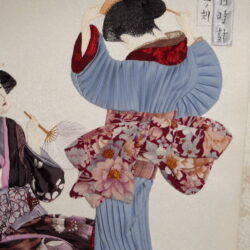 Nihongami, a well-known Japanese hairstyle, appeared in the Edo period. The secrets of the hairstyle are passed on from one generation to another. In the process of arranging hair, vegetable fat or wax is used which is rubbed into the hair to fix the hairstyle. The process itself was exhausting and unpleasant. Not to spoil the complicated composition, a special pillow was used to sleep on – takamakuru. And to train a girl to lie down straight while sleeping, her maidservants scattered rice around her head. If the girl was tossing and turning while sleeping and her head fell down from takamakuru, the rice stuck to her hair and the hairstyle had to be redone.