Based on the engraving by Utagawa Hiroshige
“Owl sanctified by the moonlight”
author’s technique ANNA POTRI size 48x63cm
The owl is quite popular in Japan, it is the subject of many artists and a protagonist of folk tales, figurines of owls are placed at home to avoid hunger and epidemics.
In Japan, owls bring good luck and protect from suffering. In Japanese, the name of the owl is “Fukuro” – it can be written with different sets of hieroglyphs. In the first version with the hieroglyph “Fuku” (福) – luck. In the second, as protection against suffering, with the characters “Fu” (“) and“ Kurou ”(苦 労). But the silent night flight, luminous eyes, and terrible screams influenced the fact that Fukuro was sometimes associated with death and the Japanese considered it a  bird of death. 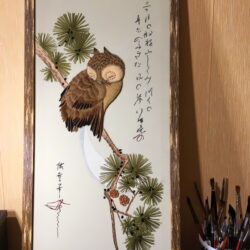 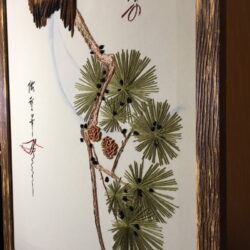 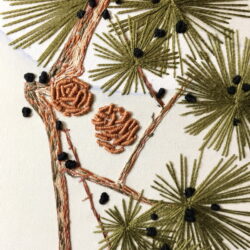 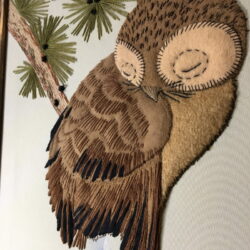