Author’s technique – embroidery and patches, genre – landscape, framed in a frame from a baguette. 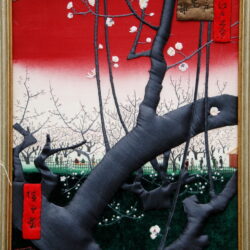 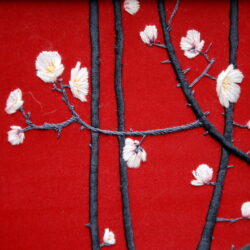 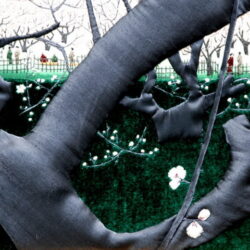 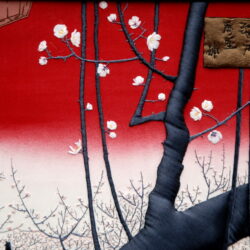 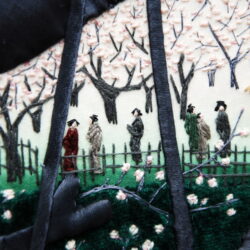 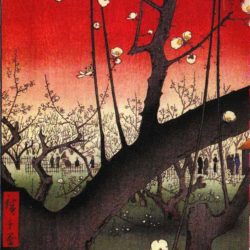 In the Edo period, Kameido-mura was a suburb of  the capital city. The unusual plum tree of Giryu-bai  (a lying dragon) was particularly popular there. The orchard became popular as a place of entertainment and plum flowers watching. The branches of the famous plum tree looked like a lying dragon – overhanging downwards, they went into the earth and, at a significant distance, came out again forming a new trunk. This woodblock print was fated to play a certain role in the history of western fine art – Vincent Van Gogh copied it while studying the techniques, compositional structure and emotional structure of the ukioy-e woodblock prints which, at that time, were seen as the most typical kind of art in Japan.