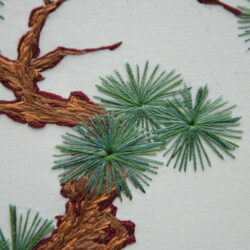 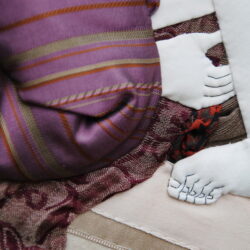 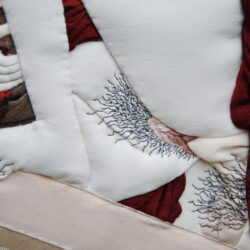 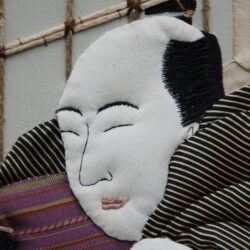 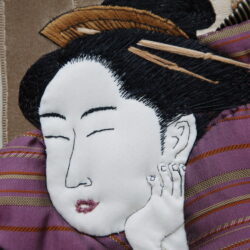 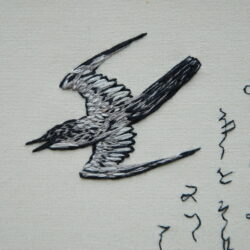 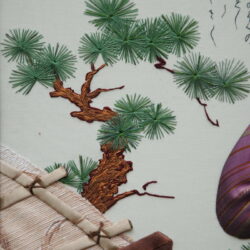 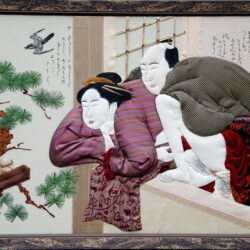 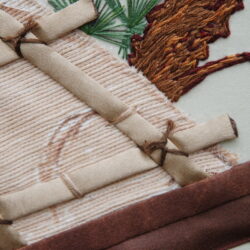 Alien to western modesty verging on hypocrisy, Japanese culture perceived eroticism as  a natural plot of paintings. Still the painters tried to attach artistic colouring to their outright works of art adding romanticism and hidden symbols. In this work, the cuckoo becomes such a symbol – a symbol of unrequited love. Its call may stir up sorrow, sadness, grieve of loneliness. These emotions are linked to the cuckoo’s lifestyle. This bird doesn’t make a nest, doesn’t have its own home. And that was the reason why its call was perceived as disappointment and complaint about its loneliness, it reflected the feelings of the character who spent the night on his own.